Who should read this: Everyone at every level, especially executives!

We see it often in early, mid-career, and even in very experienced people - the tendency to push hard problems to their manager. This inefficient tactic is often used in projects and operations, by well-meaning Business Analysts, Project Managers acting as Business Analysts, and supervisors, managers, and others doing staff work…

I was reminded recently of our human, work, and leadership responsibility by an employee action at a vendor I was visiting as a client. While washing my hands in the restroom I recognized an employee as they washed their hands. He tossed a paper towel toward the waste bin and missed. I looked at him, he looked at me then without acknowledging me or the missed shot, he walked out.

So what did I do? I finished drying my hands, quickly wiped down the sink area, then stooped down and tossed both our paper towels in the bin. As a long-time consultant I have always trained my people to leave each place at least a little better than you found it. As a project manager, executive, and member of the human race, I know that walking the talk is important so I try to lead by example and not just by decree.

Was I obligated the do this? Of course not, I was the customer. However it left a sour taste in my mouth that the employee was not engaged, aware, or cared enough to pick up after themselves.

I mentioned this to the office manager when we were alone. She moaned, "Yes, many of them are like that..." I asked her what should have happened. She replied the employee should have picked up the towel and tossed it in the bin. She said she would address the behavior with the employee and thanked me. Sheesh.

Now she has a disengaged employee who will be griped at by his supervisor which will very likely drive him further away and possibly be the straw that causes him to quit or worse become a zombie employee who shuffles through his day for dollars. Another horrible outcome would be a process-crazed addition to the "rules" and a page or two about restroom etiquette. This is how stupid rules are born... Good intent to modify unproductive behaviors yet just putting them down on paper or online can further damage morale of everyone, not just the offender.

Before we get to the obligatory Bullet point list of how to make this better, a real life example...We do part of our personal and business financing at Amplify Credit Union in Austin since they are also a client. When I visited one day, I noticed a couple of pieces of paper in the "airlock" entry door area. Several customers came and went as did a couple of employees. I happened to meet the long-term President & CEO Paul Trylko, in the lobby and we shook hands. He seemed just a bit distracted and asked if we could continue the conversation in a moment. I of course agreed. He stepped over to the airlock, picked up the papers, glanced at them, and tossed them in a trash can. He then returned to our conversation which quickly wrapped up. I saw at least four employees noticed what he did.

THAT is the way to lead by example! He did not ask someone to pick them up, he just did it. He was not negative. You could tell he just wanted a great environment for customers and employees. I bet he did not create a new set of rules or gripe to anyone for the oversight. I also bet more employees will take pride In their customer centric environment than if he addressed the matter in a negative way.

What could have helped turn around the negative situation I encountered at the other vendor? There is to gain by addressing the specific behavior with the employee or in creating a huge book of stupid rules... Now for the obligatory set of Bullet points I promised you. 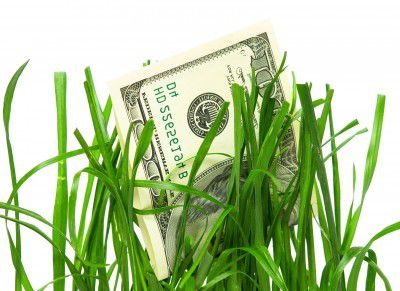 What are potential Next Steps?

Here is where the money, or at least ROI, grows… While there are books and how-to’s on Culture, Doing The Right Things, and Change Management, experience in both Change Management and your organization are critical to your project success. We have performed and advised on many projects and the most successful ones always include Change Management. Let’s sit down and review your current and future projects to see where Change Management can be affordably added to greatly increase your chances of success. Let’s get that planned ROI to actually materialize! Info@DataAnalysis.com +1-512-850-4402 to set a free initial consultation.